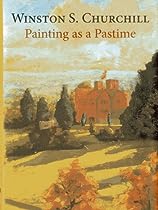 Winston Churchill knew the power of words. In public speeches and published books, in newspaper and magazine articles, he expressed his feelings and laid out his vision for the future. His wartime writings and speeches have fascinated generation after generation with their powerful narrative style and thoughtful reflection.
Winston Churchill

A lie gets halfway around the world before the truth has a chance to get its pants on.

Attitude is a little thing that makes a big difference.

Courage is going from failure to failure without losing enthusiasm.

Democracy is the worst form of government except all those others that have been tried from time to time.

I was not the lion, but it fell to me to give lion’s roar.

It is a mistake to look too far ahead. Only one link in the chain of destiny can be handled at a time.

It’s not enough that we do our best; sometimes we have to do what’s required.

Kites rise highest against the wind — not with it.

Success is not final, failure is not fatal: it is the courage to continue that counts.

Those that fail to learn from history are doomed to repeat it.

You create your own universe as you go along.

You have enemies? Good. That means you’ve stood up for something, sometime in your life.

Work is love made visible.