By Zen Moments on September 4, 2013 in Characters

Winnie-the-Pooh, also called Pooh Bear, is a fictional bear created by A. A. Milne.

The first collection of stories about the character was the book Winnie-the-Pooh (1926), and this was followed by The House at Pooh Corner (1928). Milne also included a poem about the bear in the children’s verse book When We Were Very Young (1924) and many more in Now We Are Six (1927).

All four volumes were illustrated by E. H. Shepard.  Wikipedia

The Tao of Pooh

The how of Pooh? The Tao of who? The Tao of Pooh!?! In which it is revealed that one of the world’s great Taoist masters isn’t Chinese–or a venerable philosopher–but is in fact none other than that effortlessly calm, still, reflective bear. A. A. Milne’s Winnie-the-Pooh! While Eeyore frets, and Piglet hesitates, and Rabbit calculates, and Owl pontificates, Pooh just is. 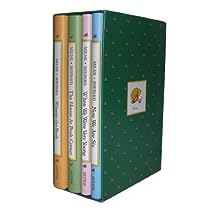 Did you ever stop to think, and forget to start again?

Don’t underestimate the value of Doing Nothing, of just listening to all the things you can’t hear and not bothering.

If there ever comes a day when we can’t be together, keep me in your heart, I’ll stay there forever.

It’s more fun to talk with someone who doesn’t use long difficult words but rather short easy words like What about lunch?

People say nothing is impossible, but I do nothing every day!

Piglet: How do you spell love? Pooh: You don’t spell it, you feel it.

Rivers know this: there is no hurry. We shall get there some day.

Some people care too much, I think it’s called love.

Sometimes the smallest things take up the most room in your heart.

You can’t stay in your corner of the forest, waiting for others to come to you; you have to go to them sometimes.

All appears to change when we change.