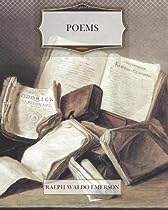 Whatever games are played with us, we must play no games with ourselves.

When it is dark enough, you can see the stars.

Wise men put their trust in ideas and not in circumstances.

Write it on your heart that every day is the best day in the year.

You cannot do a kindness too soon, for you never know when it will be too late.

Your own mind is a sacred enclosure into which nothing harmful can enter except by your permission.

Whenever there is a challenge, there is also an opportunity to face it, to demonstrate and develop our will and determination.