By Zen Moments on August 20, 2013 in Activists, Politicians, Teachers, Writers 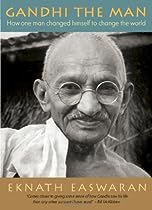 Mohandas Karamchand Gandhi  (1869 – 1948), commonly known as Mahatma Gandhi or Bapu (Father of Nation), was the preeminent leader of Indian nationalism in the Raj (British-ruled India). Employing non-violent civil disobedience, Gandhi led India to independence and inspired movements for non-violence, civil rights, and freedom across the world.

Gandhi was born in a Bania family in coastal Gujarat, and trained in law in London. He fought for the civil rights of Indians in South Africa, using non-violent civil disobedience. Returning to India in 1915, he set about organising peasants to protest excessive land-taxes. A lifelong opponent of “communalism” (basing politics on religion) he reached out widely to all religious groups. He became a leader of Muslims protesting the declining status of the Caliphate. Assuming leadership of the Indian National Congress in 1921, Gandhi led nationwide campaigns for easing poverty, expanding women’s rights, building religious and ethnic amity, ending untouchability, increasing economic self-reliance, and above all for achieving Swaraj—the independence of India from British domination.

Gandhi led Indians in protesting the national salt tax with the 400 km (250 mi) Dandi Salt March in 1930, and later in demanding the British to immediately Quit India in 1942, during World War II. He was imprisoned for that and for numerous other political offences over the years. Gandhi sought to practice non-violence and truth in all situations, and advocated that others do the same. He saw the villages as the core of the true India and promoted self-sufficiency; he did not support the industrialisation programs of his disciple Jawaharlal Nehru. He lived modestly in a self-sufficient residential community and wore the traditional Indian dhoti and shawl, woven with yarn he had hand spun on a charkha. He was a vegetarian, and undertook long fasts as means of both self-purification and political mobilisation.

In his last year, unhappy at the partition of India, Gandhi worked to stop the carnage between Muslims, Hindus and Sikhs that raged in the border area between India and Pakistan. He was assassinated on 30 January 1948 by Nathuram Godse who thought Gandhi was too sympathetic to India’s Muslims. 30 January is observed as Martyrs’ Day in India. The honorific Mahatma (“Great Soul”) was applied to him by 1914. In India he was also called Bapu (“Father”). He is known in India as the Father of the Nation; his birthday, 2 October, is commemorated there as Gandhi Jayanti, a national holiday, and world-wide as the International Day of Non-Violence. Wikipedia

A man is but a product of his thoughts; what he thinks, that he becomes.

A ‘No’ uttered from the deepest conviction is better than a ‘Yes’ merely uttered to please, or worse, to avoid trouble.

A small body of determined spirits, fired by an unquenchable faith in their mission, can alter the course of history.

An eye for an eye makes the whole world blind.

An ounce of practice is worth tons of preaching.

Any attempt to inflict my will on another is an act of violence.

As long as you derive inner help and comfort from anything, keep it.

Be the change you want to see in the world.

Each one has to find his peace from within. And peace to be real must be unaffected by outside circumstances.

Fear is not a disease of the body; fear kills the soul.

Freedom is not worth having if it does not include the freedom to make mistakes.

Happiness is when what you think, what you say, and what you do are in harmony.

Honest disagreement is often a good sign of progress.

I have so much to do today that I must meditate for two hours instead of one.

I object to violence because when it appears to do good, the good is only temporary; the evil it does is permanent.

I suppose leadership at one time meant muscles; but today it means getting along with people.

I will not let anyone walk through my mind with their dirty feet.

If we are to teach real peace, and if we are to carry on a real war against war, we shall have to begin with the children.

If we wish to create a lasting peace we must begin with the children.

In a gentle way, you can shake the world.

Indolence is a delightful but distressing state; we must be doing something to be happy.

It is health which is real wealth, not pieces of silver and gold.

It is possible to live in peace.

Live life simply so that others may simply live.

My life is my message.

Peace is its own reward.

Permanent good can never be the outcome of untruth and violence.

Prayer is not an old woman’s idle amusement. Properly used and applied, it is the most potent instrument of action.

Real sacrifice lightens the mind of the doer and gives him a sense of peace and joy.

Let me not beg for the stilling of my pain, but for the heart to conquer it.