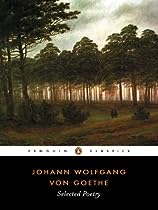 Johann Wolfgang von Goethe (1749-1832) perhaps comes as close as any man to deserving the title of universal genius.

Poet, dramatist, critic, scientist, administrator and novelist, he was born at Frankfurt-am-Main in 1749, the son of well-to-do parents with intellectual interests; and he studied at the University of Leipzig and at Strassburg, where he wrote a play which initiated the important Sturm und Drang movement.

During the next five years he practiced law in Frankfurt and wrote The Sorrows of Young Werther, a remarkable novel autobiographical of one side of Goethe’s nature. In 1775 he went to visit the court of the young Duke of Weimar, and, except for an extended journey to Italy a decade later, stayed there the rest of his life, filling at one time or another all the major posts in the Weimar government.

Here a close friendship with Schiller developed, and here he conducted important scientific experiments and published a steady stream of books of the highest order and in many different forms. He became the director of the Weimar Theatre in 1791 and made it the most famous in Europe. His life held a number of ardent loves, which he celebrated in lyrics that are compared to Shakespeare’s, and in 1806 he married Christiane Vulpius whom he had loved for many years.

In later life Goethe became a generous patron of younger writers, including Byron and Carlyle. In 1790 he published the first version of his life work as Faust , a Fragment, but Part I of the completed Faust did not appear until 1808, while Part II was finished and published only a few months before Goethe’s death in 1832.

Johann Wolfgang von Goethe was a German writer, artist, and politician. His body of work includes epic and lyric poetry written in a variety of metres and styles; prose and verse dramas; memoirs; an autobiography; literary and aesthetic criticism; treatises on botany, anatomy, and colour; and four novels. Wikipedia
J.W. von Goethe

Be generous with kind words, especially about those who are absent.

Belief is not the beginning of knowledge — it is the end.

Boldness has genius, power, and magic in it. Begin it now.

Kindness is the golden chain by which society is bound together.

Nothing is worth more than this day.

Plunge boldly into the thick of life.

Treat people as if they were what they should be, and you help them become what they are capable of becoming.

Trust yourself and you will know how to live.

We must always change, renew, rejuvenate ourselves, otherwise we harden.

What is not started today is never finished tomorrow.

A man sees in the world what he carries in his heart.

A person hears only what they understand.

Daring ideas are like chessmen moved forward; they may be beaten, but they may start a winning game.

Doubt can only be removed by action.

Dream no small dreams for they have no power to move the hearts of men.

He is happiest, be he king or peasant, who finds peace in his home.

Lay hold of life with both hands, whenever thou mayest seize it, it is interesting.

Nothing shows a man’s character more than what he laughs at.

We always have time enough, if we will but use it aright.

Life belongs to the living, and he who lives must be prepared for changes.

Love does not dominate; it cultivates.

Enjoy when you can, and endure when you must.

Just trust yourself, then you will know how to live.

Man is so made that when anything fires his soul, impossibilities vanish.