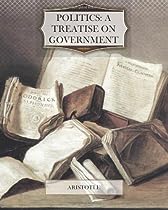 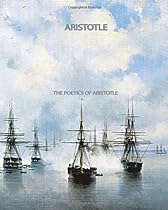 Aristotle  (384 BC – 322 BC) was a Greek philosopher and polymath, a student of Plato and teacher of Alexander the Great. His writings cover many subjects, including physics, metaphysics, poetry, theater, music, logic, rhetoric, linguistics, politics, government, ethics, biology, and zoology. Together with Plato and Socrates (Plato’s teacher), Aristotle is one of the most important founding figures in Western philosophy. Aristotle’s writings were the first to create a comprehensive system of Western philosophy, encompassing ethics, aesthetics, logic, science, politics, and metaphysics.

Aristotle’s views on the physical sciences profoundly shaped medieval scholarship, and their influence extended well into the Renaissance, although they were ultimately replaced by Newtonian physics. In the zoological sciences, some of his observations were confirmed to be accurate only in the 19th century. His works contain the earliest known formal study of logic, which was incorporated in the late 19th century into modern formal logic.

In metaphysics, Aristotelianism had a profound influence on philosophical and theological thinking in the Islamic and Jewish traditions in the Middle Ages, and it continues to influence Christian theology, especially the scholastic tradition of the Catholic Church.

His ethics, though always influential, gained renewed interest with the modern advent of virtue ethics. All aspects of Aristotle’s philosophy continue to be the object of active academic study today. Though Aristotle wrote many elegant treatises and dialogues (Cicero described his literary style as “a river of gold”), it is thought that the majority of his writings are now lost and only about one-third of the original works have survived.Wikipedia

A friend is a single soul dwelling in two bodies.

All men by nature desire to know.

Choice, not chance, determines your destiny.

Dignity consists not in possessing honours, but in the consciousness that we deserve them.

Education is an ornament in prosperity and a refuge in adversity.

Education is the best provision for the journey to old age.

Even when laws have been written down, they ought not always to remain unaltered.

Happiness depends upon ourselves.

Happiness is a state of activity.

Happiness is the meaning and the purpose of life, the whole aim and end of human existence.

In all things of nature there is something of the marvellous.

It is in justice that the ordering of society is cantered.

It is the mark of an educated mind to be able to entertain a thought without accepting it.

Knowing yourself is the beginning of all wisdom.

Law is order, and good law is good order.

Nature does nothing uselessly.

Pleasure in the job puts perfection in the work.

The gods too are fond of a joke.

The only stable state is the one in which all men are equal before the law.

The proof that you know something is that you are able to teach it.

The soul never thinks without a picture.

There was never a genius without a tincture of madness.

We are what we repeatedly do. Excellence, therefore, is not an act but a habit.

Well begun is half done.

If the mind wants to wander for a while, let it.
Thich Nhat Hanh Quotes
Follow @Zen_Moments

Instead of complaining that the rose bush is full of thorns, be happy the thorn bush has roses.