By Zen Moments on September 15, 2013 in Politicians 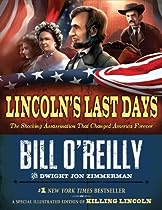 Abraham Lincoln was the 16th President of the United States, serving from March 1861 until his assassination in April 1865. Wikipedia

A person will be just about as happy as they make up their minds to be.

And in the end, it’s not the years in your life that count. It’s the life in your years.

Better to remain silent and be thought a fool than to speak out and remove all doubt.

Character is like a tree and reputation like its shadow. The shadow is what we think of it; the tree is the real thing.

Force is all-conquering, but its victories are short-lived.

Freedom is the last, best hope of earth.

He has the right to criticize who has the heart to help.

I am a slow walker, but I never walk backwards.

I destroy my enemy when I make him my friend.

I have always found that mercy bears richer fruits than strict justice.

If I only had an hour to chop down a tree, I would spend the first 45 minutes sharpening my axe.

In the end, it’s not the years in your life that count. It’s the life in your years.

It has been my experience that folks who have no vices have very few virtues.

It is better to trust and be disappointed once in a while than it is to distrust and be miserable all the time.

Most folks are about as happy as they make up their minds to be.

Nearly all men can stand adversity, but if you want to test a man’s character, give him power.

Quarrel not at all. No man resolved to make the most of himself can spare time for personal contention.

The best thing about the future is that it comes only one day at a time.

The worst thing you can do for those you love is the things they could and should do themselves.

Think of strangers as friends you have not yet met.

Truth is generally the best vindication against slander.

Whatever you are, be a good one.

You cannot escape the responsibility of tomorrow by evading it today.

Don’t be afraid to go out on a limb. That’s where the fruit is.